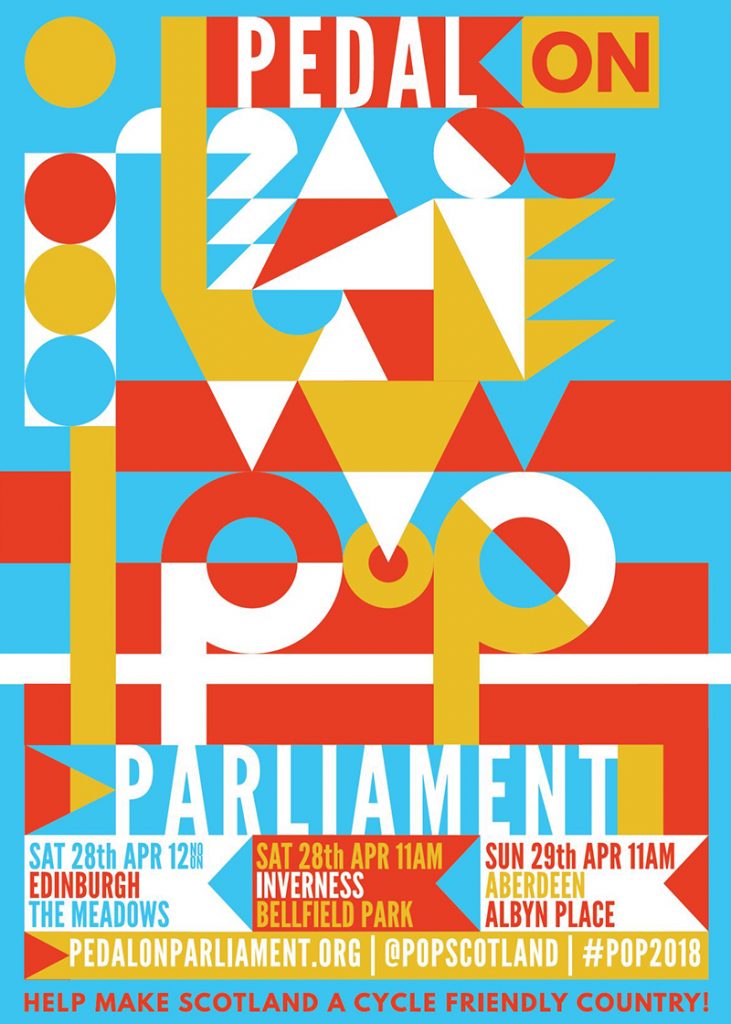 The seventh Pedal on Parliament in 2019 went national again with mass protests in three major cities – Edinburgh, Inverness and Aberdeen. Billed as The People’s PoP, politicians were invited to listen, rather than speak.

And listen they did – to people including 8 year old Charlotte, writer and broadcaster Lesley Riddoch, student activist Lizzie, and Steven from Bikes for Refugees Scotland. Edinburgh’s protest was joined by world record breaking cyclist Mark Beaumont (who had been with us at the very first POP), visually impaired Talking Tandems riders, folk using Cycling Without Age trishaws and thousands of others.

In Aberdeen, 100s of people cycled to the Town Hall then assembled for speeches and music in Provost Skene House Square.

And Inverness held their second PoP protest, with hundreds cycling around the River Ness to the Highland Council HQ. There the crowd was addressed by politicians representing all levels of government who put party political differences to one side to call for continued investment in active travel.

#PoPInverness – a great sight and sound!