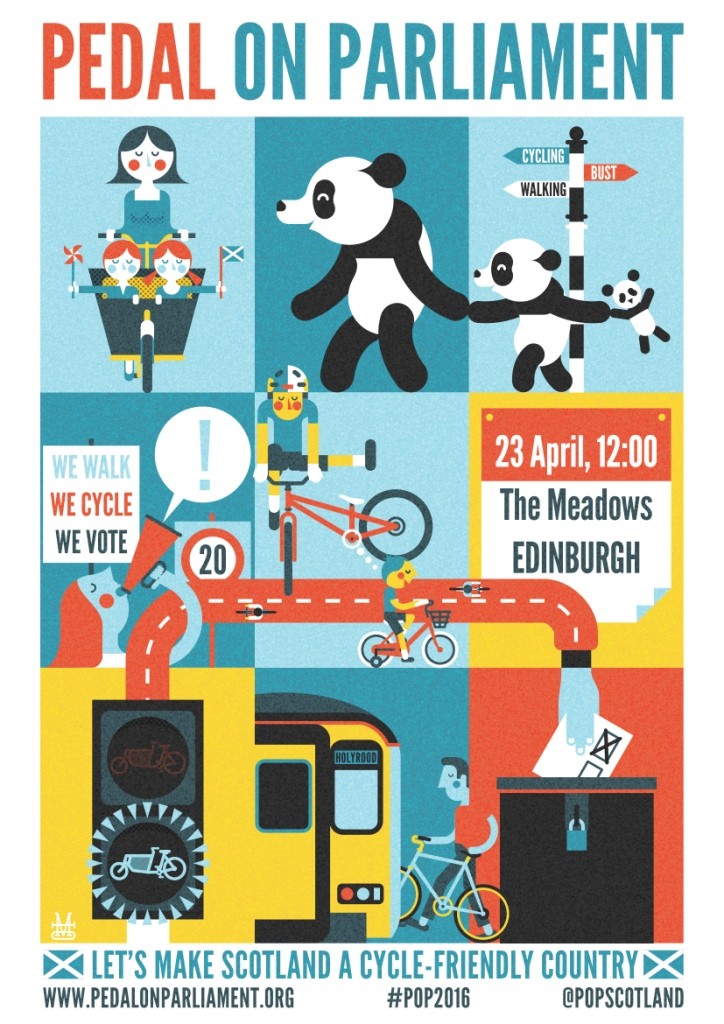 The fifth Pedal on Parliament in Edinburgh brought record numbers from all across Scotland, with feeder rides coming from as far afield as Glasgow, Peebles, Kirkcaldy and Cumbernauld, converging on the Meadows in Edinburgh. Visually-impaired cycling club the Talking Tandems braved a forty mile round trip to lead out the ride alongside party leaders Kezia Dugdale (Labour, wearing a Pedal on Parliament t-shirt), Patrick Harvie (Greens), and Willie Rennie (Lib Dems) – who had also cycled in from Fife.  A simultaneous ride in Aberdeen brought 100 cyclists onto the roads from Hazlehead Park to Marischal College.

Pedal on Parliament keeps cycling high on the political agenda