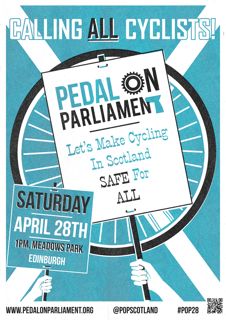 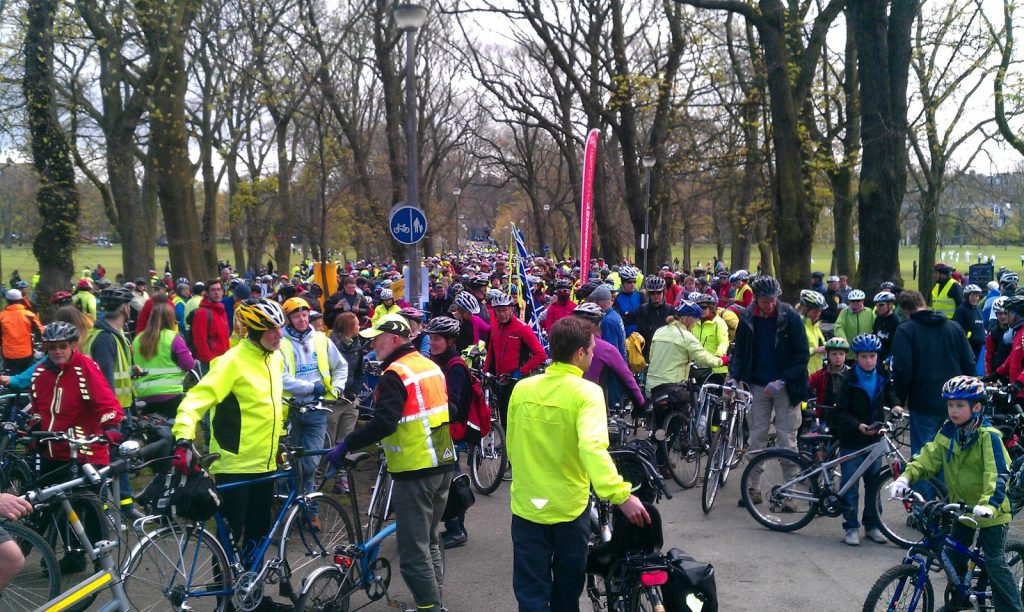 The first ever Pedal on Parliament exceeded everyone’s expectations by a long long way. We had expected a turn out of around 300 people and were surprised and delighted to find a steady stream of people joining the group at the Meadows, to the final police estimate of 2500 supporters. All coming to voice their desire for safer cycling in Scotland and riding for the first time on closed roads through the city centre streets to the Parliament Building.

And it was not just a local Edinburgh event, we had feeder rides joining us from all around the country. This demonstrated that active travel is a national issue and not a local issue. The ride was notable for the large number of families and children among the throng, including kids on balance bikes, with stabilisers, in child seats, tagalongs and pedalling under their own steam.

Once at Holyrood a petition was presented to MSPs Alison Johnstone for the Greens, Jim Eadie for the SNP, and Sarah Boyack for Labour, as well as Edinburgh’s Transport Convener Councillor Gordon Mackenzie for the Lib Dems, in front of the assembled mass of cyclists. Also addressing the crowd were Lynne McNicoll, whose stepson was killed on Edinburgh’s roads earlier this year, prompting her to set up the Andrew Cyclist Foundation with her husband; and Mark Beaumont, the round the world cyclist and adventurer who rode the route with a handmade banner calling for a Cycle Friendly Scotland.

You Came, You Pedalled …