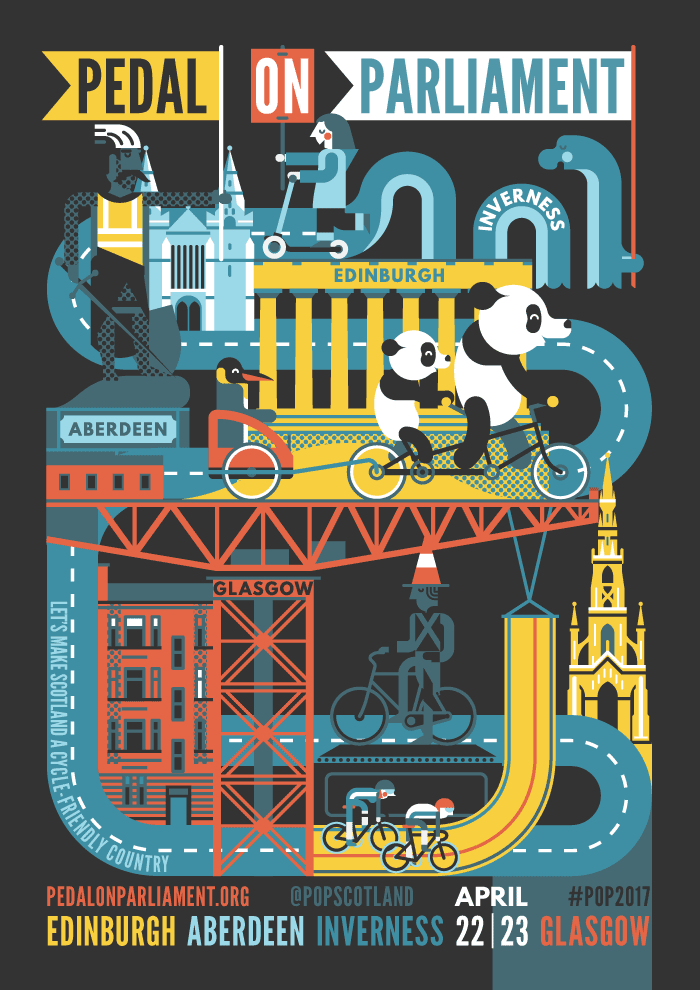 In 2017 Pedal on Parliament went national!  With local elections right across Scotland the largest turn out ever rode in Edinburgh, Glasgow, Inverness and Aberdeen!

Kicking things off on the Saturday, thousands flocked to The Meadows in Edinburgh where the crowd was led out by the Talking Tandems, whose riders don’t let visual impairment keep them off two wheels. The grassroots protest attracted cyclists of all kinds, with many families, and even some marchers on foot. 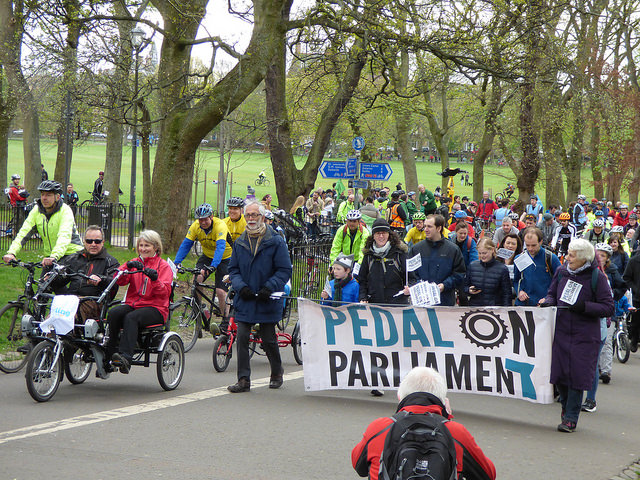 #POPWeekend gets off to a cracking start

Braving the rain in Aberdeen, a hundred cyclists including many children rode out bringing a similar call for investment and safer roads to the council headquarters there.

And 120 turned out for the first ever PoP in Inverness – where showers fortunately kept the speeches short!

Even from John O’Groats they came …

The weekend continued on Sunday in Glasgow with hundreds of people of all ages cycled from Glasgow Green to George Square where representatives from all political parties made promises including from the Transport Minister Humza Yousaf congratulated the cross-party consensus on cycling and praised the inclusivity and diversity of the cycling community. “Segregated cycle paths are crucial for breaking down barriers. I promise you, what [Pedal On Parliament] are saying is being heard at the highest level of government”.

Later that year in October we were able to celebrate the parliamentary doubling of the active travel budget. We know that it is still not enough although it was confirmation that we are being heard – but our work continues!