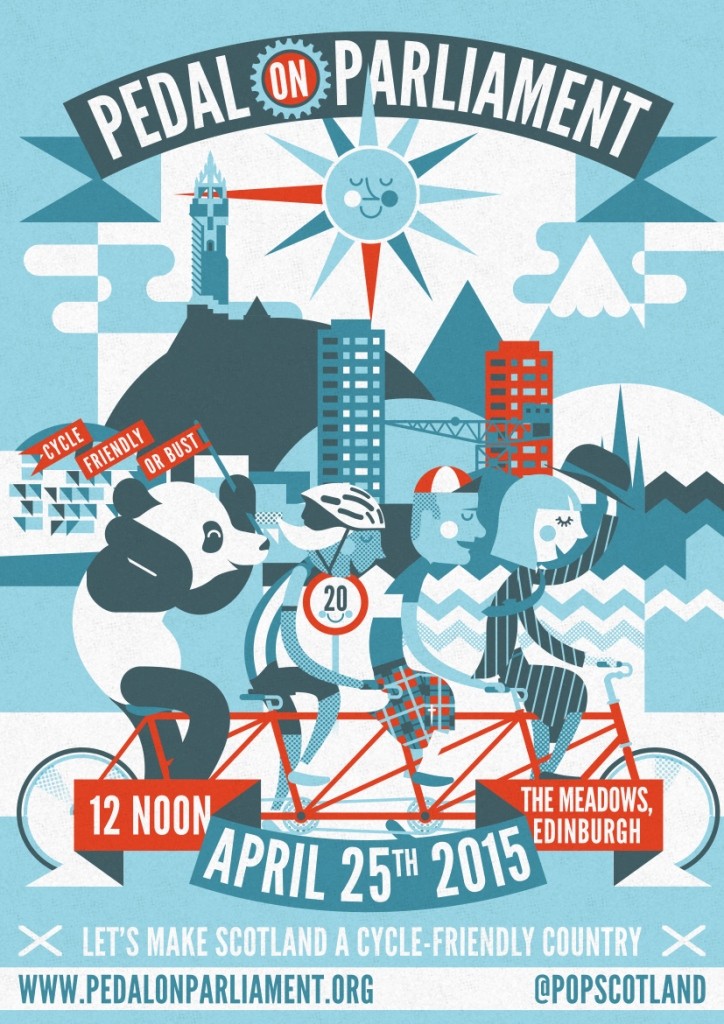 2015 once again saw thousands of people turn out despite the April rain, to gather in a call for safer conditions walking and cycling.

People also gathered in Aberdeen to Pedal on Marischal.

Why we’re pedalling on Aberdeen

2015 also saw the release of our film Katie Cycles to School.

What Katie Did Next

Back at the mass demo in Edinburgh, speeches were heard from representatives of all political parties as well as from the President of the Edinburgh Students Union, and Emilia from Friends of the Earth. As the sun emerged, Transport Minister Derek McKay made a significant pledge in his speech to increase investment in cycling infrastructure on top of last year’s record-breaking spending.

A minute’s silence was held for those who have died on the roads.

Following the protest we wrote to the Transport Minister to push Parliament to sign up to our manifesto.

Response from the Minister

Letter from the Minister – we respond