Since time immemorial (well, since 2012) we’ve gathered at the Meadows. But, as we return to a mass family-friendly closed-roads demo on Saturday 23rd April this year, we’ve had to make some changes due to major road closures and the knock-on effects on bus routes.

The route is here: 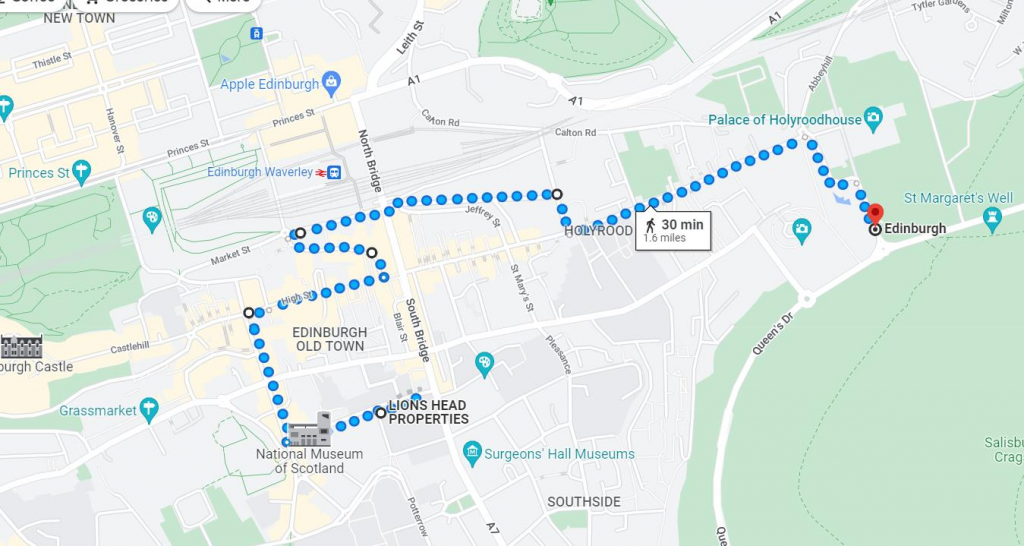 Chambers Street will be cleared of parked cars for the day, so there should be plenty of room to assemble. And, in the unlikely event of any rain (the sun always shines on Pedal on Parliament), the museum will offer a family-friendly place to shelter beforehand. The new route is a little longer than our traditional route, and it has one quite steep (cobbled!) section down Cockburn Street – we’ll have marshals on hand to make sure everyone takes it slowly, but it’s something to be aware of. If you have concerns about negotiating any of the route, please get in touch, and we can see what we can do to work around people’s needs.

Note also the later start – 1pm. This is to give feeder rides more time to get in from further afield without having to start quite so early as before. We hope this means we’ll have more folks coming to PoP on their bikes. If you’ve never been on a feeder ride (or organised one) maybe this year will be your chance! They’re great fun, especially if you’d never normally cycle into central Edinburgh. Keep an eye out for our feeder rides as they get announced – we’ve already heard tell of one from Leith – and one from Dumfries!

We’ll be sad not to be starting from the Meadows this year, but we’re excited about the possibilities of this new route and the chance to bring our cavalcade of cyclists of all shapes and sizes through more of the city centre than normal.