With just three weeks to go until POP returns to the streets of Edinburgh on the 23rd April, we’ve taken the decision to mark our ten-year anniversary with a special edition range of t-shirts featuring our latest polar bear family and their penguin pal. 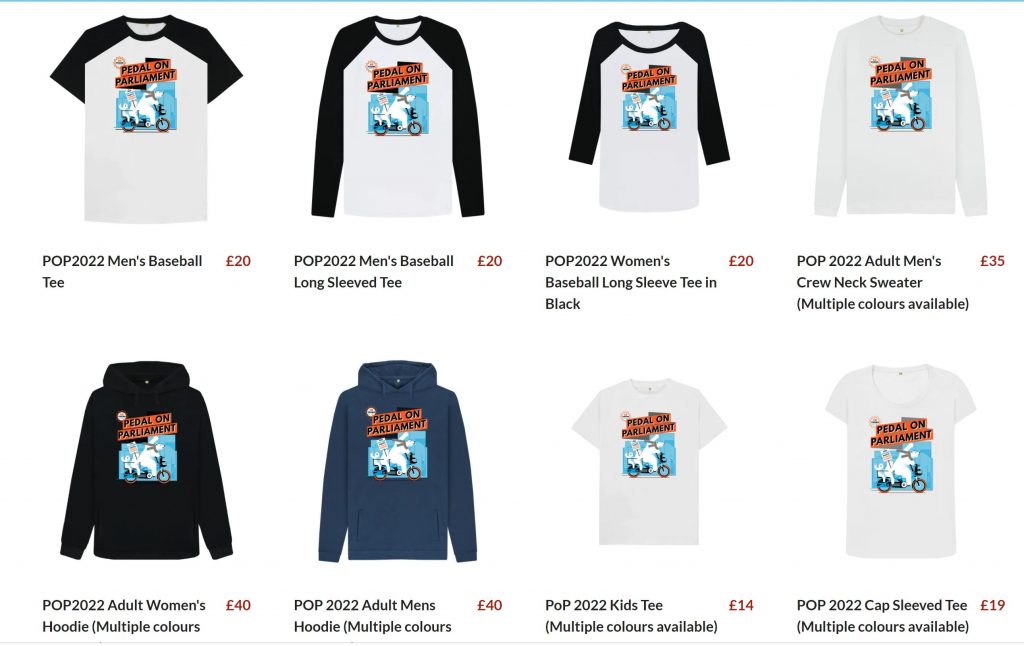 Note that we WON’T have a stack of t-shirts to sell on the day, as we’re trying to keep our environmental impact down by not pre-printing, so if you want to be among the best dressed protestors in the crowd, you’ll need to order soon. In fact, if you do it this weekend, it’s free shipping until midnight on Sunday 3 April so get your skates on!

Some of you may wonder what ten years of campaigning gets you, beyond a wardrobe of very snazzy POP t-shirts. Well, as we’ve written before, we have seen something of a sea change in Scottish government active travel policy – best illustrated by this little graph showing the Scottish Government budget for active travel (with thanks to Spokes for providing the figures over the years!) 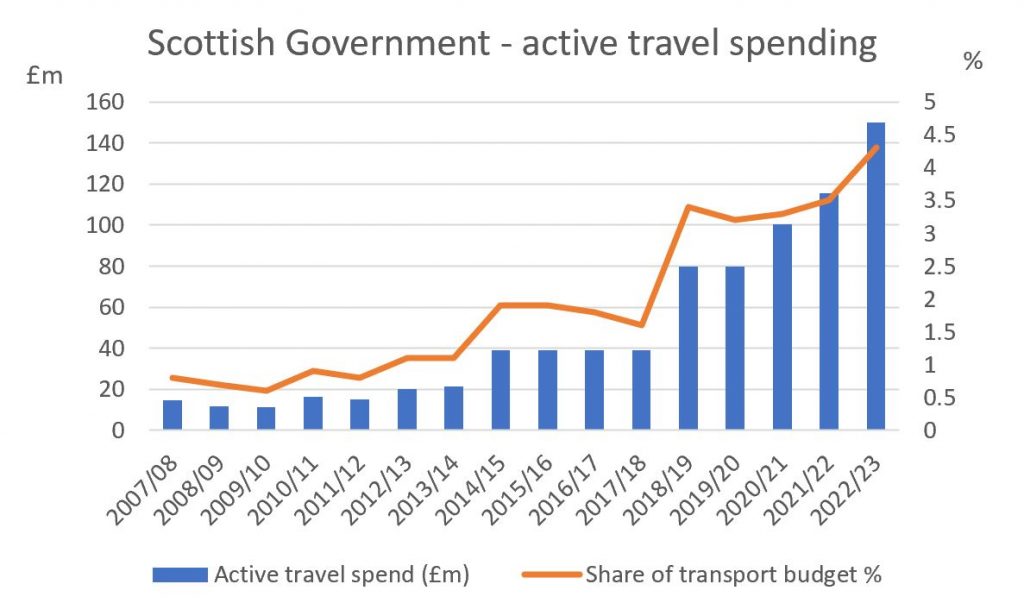 We didn’t achieve this alone. But we know that our demonstrations – and your willingness to come out and support them – have helped to turn the tide from stagnating and even falling spending to something approaching our original ambition of 10% of the transport budget.

And yet, if you look around you, cycling nirvana hasn’t reached Scotland yet, not by a long shot. Partly that’s because it takes time to turn around 50 years of motoring investment. But it’s also because local authorities are where the rubber meets the road, or at least the glass-strewn cycle lane (other forms of infrastructure are available). Some are making progress, even if not as quickly as we’d like, but the car remains king in too much of Scotland, climate emergency declarations or not.

This year every single councillor in Scotland is up for election and we need to send a strong message to every candidate that we want cycle-friendly conditions in EVERY corner of Scotland, not just a few favoured city streets, so that we can cut our dependency on fossil fuels and become healthier, wealthier and happier overall. That means coming out in our numbers again to tell them all: it’s time to deliver.

See you in Chambers Street at 1pm on the 23rd!