We were delighted to top the bulletin on BBC TV’s Reporting Scotland on Saturday evening – a sign that our campaign has reached national attention, and that the thousands of you who joined us did not do so in vain. It’s a nice wee piece that captures the flavour of the day well. And there’s also an interview with the minister, which is instructive.

Listen carefully – did you hear his words? Particularly where he refers to the government’s aspiration to reach 10% of journeys by bike.

That’s not very strong, is it? If you’ll remember, when CAPS first came out, most people believed the Scottish government had set a target of 10% of journeys by bike by 2020. Close examination revealed that this was in fact a ‘vision’, later qualified as a ‘shared vision’ – shared between the government and local authorities and anyone else it can shuffle the blame off onto when the target, sorry vision, is missed. And now it’s an aspiration. Given that the latest statistics show that in the last few years cycling levels have barely budged, vision or no vision, shuffling that embarrassing 10% figure off into an aspiration prior to quietly forgetting about it in the excitement of some other ambitious-sounding vision that’s comfortably further in the future, makes political sense in the short term. But in the long term – and in the real world beyond the Holyrood bubble of spin and counter spin – it’s a disaster.

Now you could argue that the minister was speaking live, he may not have chosen his words all that carefully, and that ‘aspiration’ just tripped off his tongue by mistake. Perhaps. But the minister is too canny a politician for that – notice how he managed to turn an announcement of about £600k of new money for cycling into a total of £4.5m with some very careful wording. So we don’t think it was a slip of the tongue – and we’ll be looking out for future outings of ‘aspiration’ in coming weeks as the spin machine gets up to speed.

The problem is, that you can’t do much with an aspiration. You can’t, for example, base your carbon emission reduction strategy on it, at least if you want it to have any credibility. Nor can you realistically base your public health plans on it, or use it to combat growing levels of obesity, or any of the other things for which more cycling forms part of the solution. An aspiration doesn’t achieve anything, other than sounding good on the 6 o’clock news.

In the end, it isn’t us that suffers because the minister wants to play with words. We’ll keep on cycling anyway, and with care (and, yes, training) so will our kids, in limited ways and with our hearts in our mouths. But we’ll remain a tiny minority – and it’s the government that will suffer. Because it will be the one left with the problems of rising transport emissions and ever-increasing road building, as people stick to their cars because they’re not being offered a reasonable alternative. It will be the one picking up the bill for worsening health, early avoidable deaths, children who can’t concentrate in school because the nearest they get to any exercise is the Wii fit. And it will be the minister who has to stand up in the face of the grief of yet another bereaved family and say, yet again, that one death on the roads is one too many, while having done nothing at all to prevent it.

We’re not doing this for the good of our health, you see. We’re doing it for yours, Mr Brown. So please, stop playing with words and start talking to us and to others about how we can make that 10% target – yes, TARGET – a reality, before it’s too late. Because together we really can make Scotland a cycle-friendly country.

Having listened to the children’s speeches, we hope you are having a re-think Mr Brown: 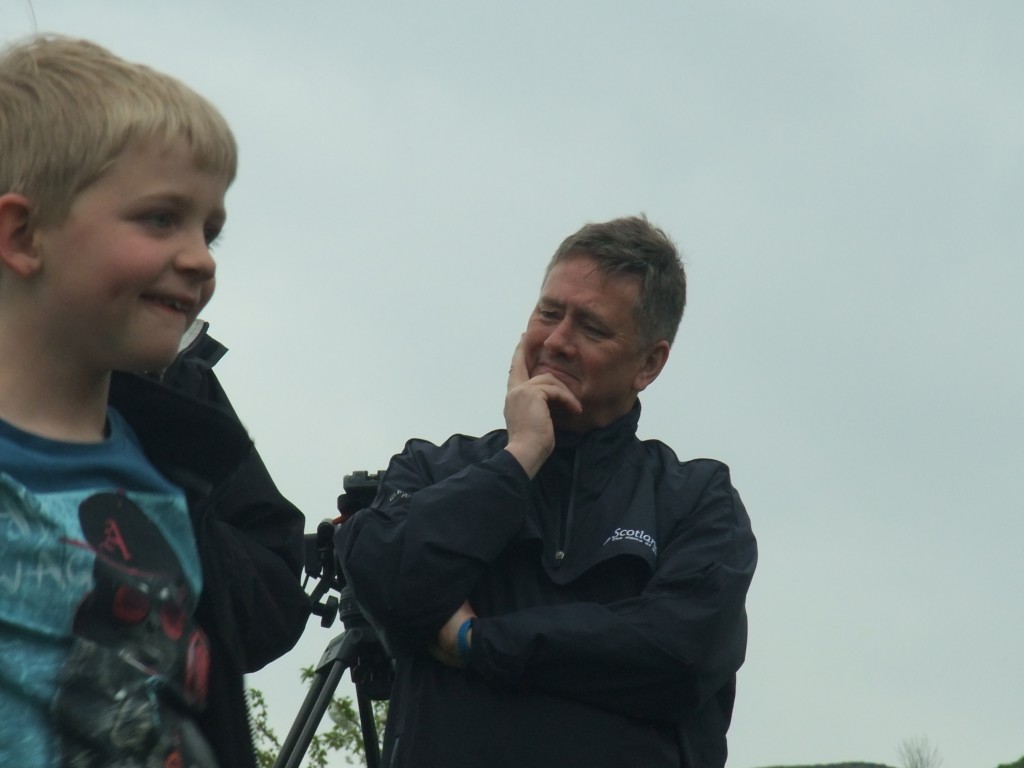