One of Pedal on Parliament’s  younger supporters, pictured here, decided to try and repay the hospitality given by the First Minister at a memorable Christmas Party, by inviting him and the Minister for Transport Keith Brown to PoP2. 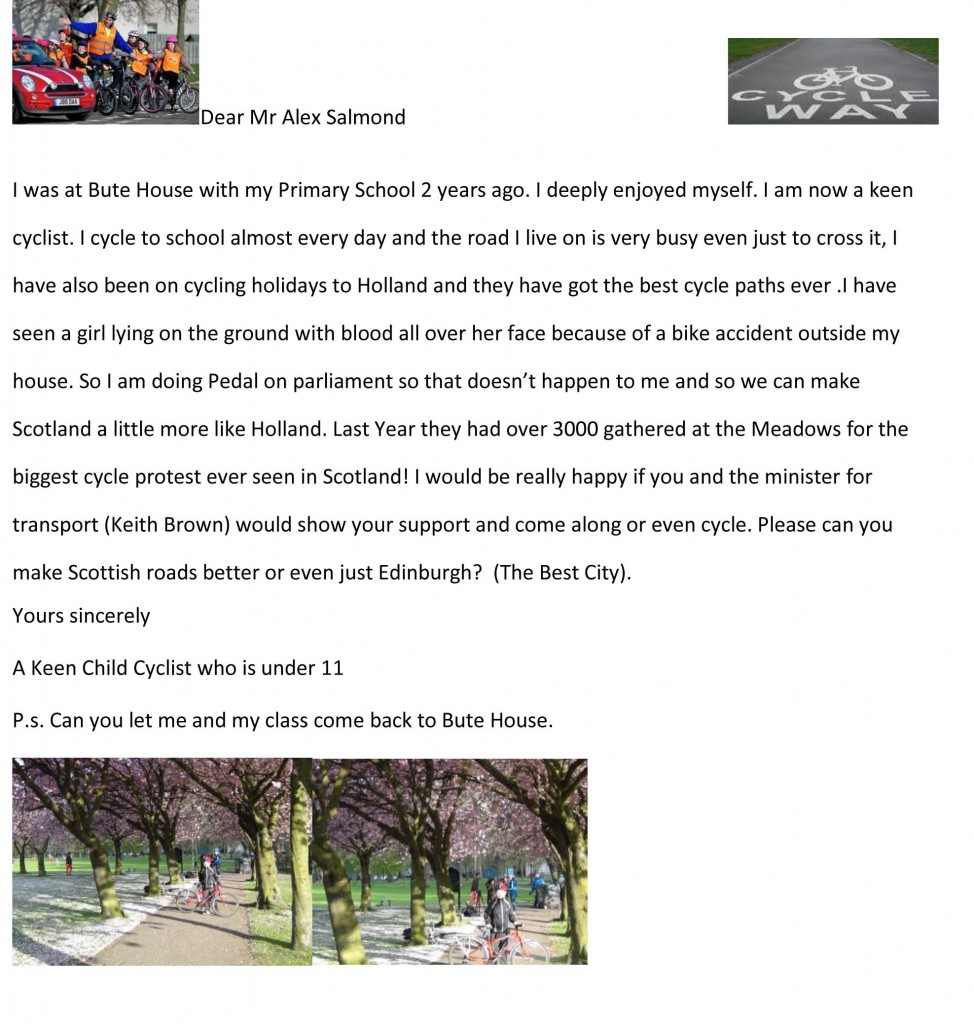 The First Minister delegated the response to Keith Brown, who we are pleased to say, has indicated that he intends to support Pedal on Parliament. 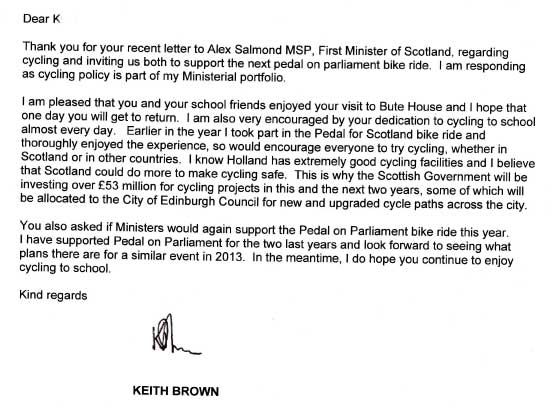 Whether you’re a kid or an adult, politicians do respond to letters and emails. If you’re inspired by this, now’s the time to write and invite your MSP along to Pedal on Parliament too – or get on to John Swinney about investing Scotland’s latest windfall from the budget