Pedal on Parliament 2 is still a while away yet, however, lots is going on in the background to make sure that this years event is as big a success as possible. we’ll be keeping you up to informed over the next few weeks about our progress.

Last year as well as having support from 3000+ cyclists on the day, we were also very lucky to have pledges of support from celebrated cyclists. Mark Beaumont, Graeme Obree and Sir Chris Hoy all offered support to the campaign and in return were immortalised in some fabulous posters by our very own Andy Arthur 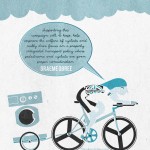 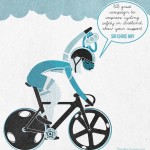 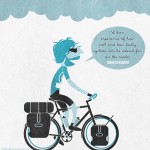 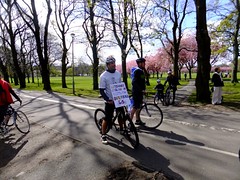 We were further honoured when Mark Beaumont took time out of his very busy schedule to come along on the day to support the campaign in person. This was the first time that Mark had supported any such campaign publicly. You can listen to Marks thoughts about the event last year in this STV report.

We are very pleased to reveal that Mark once again pledges his support to Pedal on Parliament. Mark said:

“I fully support the great team at Pedal on Parliament with their important campaign to make cycling in Scotland safer for everyone.  I was there at the main event in 2012 and was blown away by the incredible turn out and very positive atmosphere.  This is a pro-active, reasonable and well organised voice for cyclists and all road users.  Recent road safety statistics are not encouraging and so now is such an important time to invest in cycling safety.”

Thank you, once again Mark for your continued support. We do indeed hope that with your support and the support of our many thousands of supporters that we can make Scotland’s roads safe for all.