Exciting news! We had been sitting on our poster design while we finalised the last details, but we can now finally reveal both the poster and the secret it conceals: Nessie!

OK, so we haven’t found the elusive loch-dwelling creature, but we have some news which is almost as exciting – POP Inverness is a group of clubs, organisations, and individuals committed to making Inverness a safer and happier place to walk, cycle and live. We’re delighted to have them join with our rides in Aberdeen, Edinburgh and Glasgow!

The Inverness ride will start at Bellfield Park, with two route options – one for experienced cyclists and one for novices and families – to the Highland Council’s Glenurquhart Road headquarters.

Mark Falconer, one of the Inverness organisers, tells us why:

“Inverness is a great city and deserves a great active travel infrastructure and I hope, by staging an event, we can persuade all the prospective councillors and the Scottish Government to make the small investment required to reap the great rewards it would bring.” 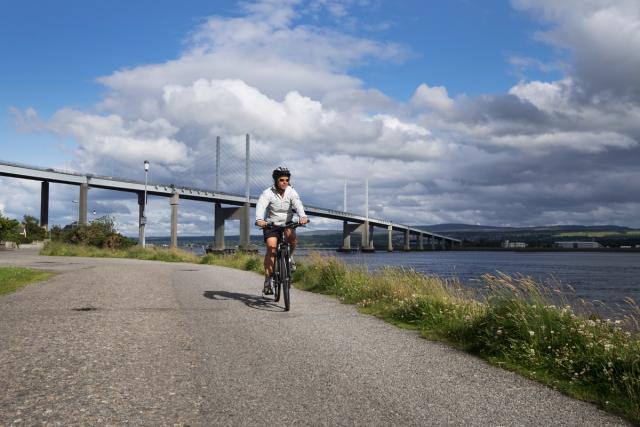 Inverness does have relatively high cycling rates but, despite some high-profile cycle route developments in recent years (including the Millburn Road shared-use path and the Golden Bridge) campaigners remain concerned about poor cycling and walking provision – indirect and inconvenient routes, barriers such as bollards and chicanes, shared space for pedestrians and cyclists which causes conflict, and poor on-road cycling facilities.

Residents are also concerned with inconsiderate parking, badly surfaced pavements, and high levels of traffic – all of which contributes towards air pollution, noise pollution, congestion, low levels of physical activity and health concerns, and more dangerous streets for people who want to walk and ride a bike for local journeys.

Above all, moves to hold Pedal on Parliament rides in Aberdeen and Inverness show that cycling is not just a concern for the central belt – it’s something that can benefit the whole of Scotland. We’re excited to be part of what is becoming a truly nation-wide movement!

If you’d like to help make POP Inverness (as well as POP Aberdeen, POP Edinburgh and POP Glasgow) a massive success, we’re still accepting pledges on our crowdfunder – and there are still some great rewards to claim