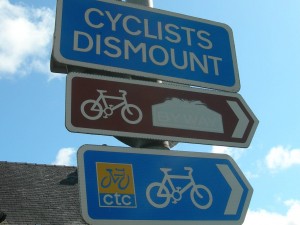 Pedal on Parliament (as the name suggests) primarily puts pressure on the Scottish Government because they have the most influence on active travel budgets and can set the tone for what sort of infrastructure gets built and when. But most actual change on the ground comes down to local authorities so, if you are going to fight to change one thing, that’s where you mostly need to start (unless your one thing is to do with a trunk road). Remember, you can bet that councils will be hearing all the time about traffic problems, parking and potholes. If they don’t also hear from you about active travel issues, they’ll assume nobody cares about anything but cars. Remember, it’s the squeaky wheel that gets the grease – and shy weans get nae sweeties!

But where to start? Obviously, as we said last week, your local campaign group can help — but, whether you’re part of a group or just on your own, there are a lot of simple things you can do to encourage your council to get on board with that change you want to see.

The simplest (and often overlooked) action is to report an issue, which can often be done online either through your council’s own system or via Fix My Street. This is great for something small – and it’s not just for potholes and broken crossing lights. You can also use them to report slow pedestrian crossing response times, flooding, barriers preventing access to cycle paths, missing dropped kerbs, persistent pavement parking – anything reasonably small and potentially easily solvable. It might not automatically get fixed, but it gets these things on the radar. You can follow it up with posts on social media or emails if you don’t get a quick response, but do report it first via official channels.

Email your councillors (or visit their surgeries) 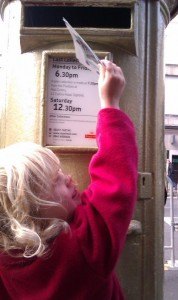 For bigger issues, this is the place to start engaging with your local authority. Your councillors (you will have three or four, so you’ve a good chance of finding a sympathetic one) are there to represent you, so get in touch and explain what you’d like to see. They may simply pass it straight on to the relevant officer, but it’s less likely to get ignored or dismissed than if it came directly from you. Over time, you might find you can build a good relationship with your councillors and turn them into real allies for your cause, even if it’s just to get you out of their hair.

Respond to consultations online and in person

Consultations can be genuine exercises in engaging the public over a planned change – or equally they can feel like a ‘nonsultation’. That doesn’t mean you shouldn’t take every opportunity to respond whenever a relevant issue comes up, even if you end up having to squeeze everything into the ‘any other comment’ box at the end. If consultations are being held at inconvenient times, and aren’t available online, it’s worth raising that as an issue and making a fuss; it will usually get changed. Don’t just wait for formal consultations (which often happen at the end of a long process when the ink is all but dry on the plans) — keep an eye out for any sort of events where changes might be being discussed early on and make the time to go along. Even if there’s no formal consultation element, a conversation with a council officer right at the start of a process might have a significant effect on the final result. Be polite, reasonable and listen as well as talk, and you’ll have much more impact. And don’t confine yourself to consultations on roads and cycle paths: new housing developments, schools, hospitals and offices can all have an impact on conditions for active travel, for good or for ill.

Find your allies (and know your enemies)

The ‘coonsil’ is not just one monolithic body, although it can seem that way from the outside. Even the least active-travel friendly council will have a few people working there who want to see things change. You just need to find them! While the roads department often has the most impact on cycling conditions, they may not always be that receptive to new ideas. So try other routes: access officers, sustainable transport teams, even the sports and leisure department may make better allies. Find out how your council works, which committees make which decisions, and which councillors sit on them. That way you can direct your efforts towards the people most inclined, and most able, to make the change you want.

If you’re not part of a campaign group, you might have a hard time making your voice heard (sometimes, even if you are …) So find ways to amplify your voice – raise the issue at your local community council if you have one, contact the local media, or start a petition online or in person. Even a Facebook group or a twitter account can be a good way of raising a local issue and making it seem like a ‘thing’ rather than one person with a bee in their bonnet.

Whoever you talk to, be they councillors, officers or potential allies, remember that you will probably need to make the case for change. We may be steeped in the reasons why investing in active travel is a no-brainer – but we must  remember that other people will have barely given it a thought. Walk Cycle Vote have a great briefing sheet for making the case for active travel – and Cycling Fallacies is great for countering opposition while Peter Walker’s “Bike Nation” book is an excellent source of all the evidence you need to make the case for cycling. Don’t bombard people with statistics or get into pointless arguments online, but do tell stories (particularly personal ones) about why the change you want is important to you (and to them). Pass on positive examples and tailor them to the interests of the person you’re trying to influence. Not everyone will respond to a detailed discussion of kerb angles – but they might be inspired by Cycling Without Age or a school getting improved results with more kids cycling and walking to school. 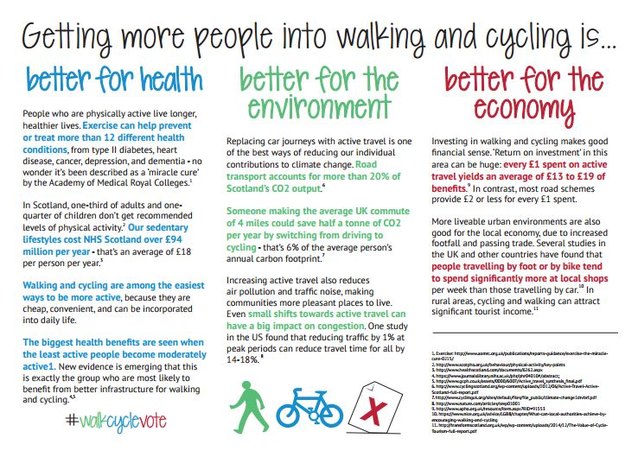 You can talk and talk and talk about a problem, and not get anywhere – or you can take your councillors or officers out and watch the penny drop. Getting your councillors onto bikes or on foot is one of the most powerful ways of getting your case across. Offer to take them along on your commute, school run, or whatever it is you’d like to change. Or encourage your local campaign to do councillor rides (as GoBike regularly do). Show them the good as well as the bad, and encourage them to cycle and walk more if they don’t already. Your best ally is often the councillor who has recently taken up active travel and still remembers how hard it can be at the start. Nurture them!

Remember, councillors (and officers) are humans too and they’re doing a tough job. By advocating for change, you’re making their job tougher, at least in the short term. The least you can do is be nice about it – say thanks when thanks are due, be positive whenever you can and never descend to the personal, however disappointed you are. If you can, help out at events or publicise them – small favours that can be money in the bank and help build a working relationship that will stand you in good stead. Short of moving house, you’re stuck with the council you have, so do everything you can to turn them into allies rather than opponents. And when you do find an ally, do everything you can to cherish and support them, because they’ll be taking flak from everyone else.

If all else fails, join them

Ever wished your councillors just ‘got it’ on active travel the way you do? It might be easier to become that councillor yourself than to change the councillors you have. With Scotland’s multi-member wards, it might be easier than you think (several seats were un-contested at the last local election).  You have nothing to lose but your sanity …